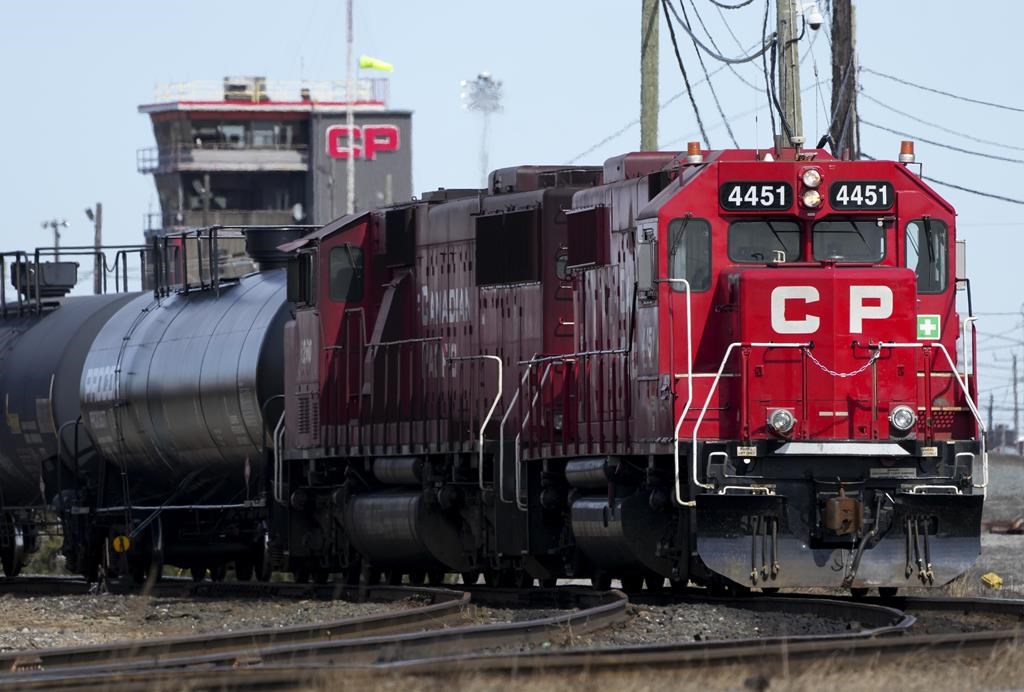 Canadian Pacific Railway trains sit idle on the train tracks due to the strike at the main CP Rail train yard in Toronto on Monday, March 21, 2022. THE CANADIAN PRESS/Nathan Denette

The Calgary-based structures and logistics company says the stations will be built at CP Rail’s Calgary and Edmonton rail yards. They will be used to supply CP’s hydrogen powered locomotive program.

The hydrogen infrastructure at each CP site will include a one megawattelectrolyzer, compression, storage and dispensing infrastructure for locomotive refuelling.

In Calgary, the electrolyzer will be powered in part by renewable electricity from CP’s existing five megawatt solar power facility.

ATCO says construction of facilities is expected to begin later this year with production and supply of hydrogen being provided to locomotives in 2023.