The aviation industry has been thinking about sustainable technology for some time. As global emissions continue to soar, the need for change is glaringly clear. To this end, the industry is investing heavily in hydrogen engine technology and looking at how it could be used in commercial aircraft to reduce emissions. It’s thought that if successful, this could revolutionise the sector as a whole – and make flying green an option for all.

In today’s post, we look at how hydrogen engines work and what their potential benefits are.

How do they work?

In simple terms, hydrogen engine technology uses hydrogen to burn in place of fossil fuels. This produces water vapour as a by-product, which will only have a small impact on the environment.

One type of engine being developed for aircraft is called a cryogenic liquid fuel rocket (RLR). This type of engine uses hydrogen infused with oxygen as an energy source. The resulting gas drives the turbine at the base of the engine, which powers the propeller. 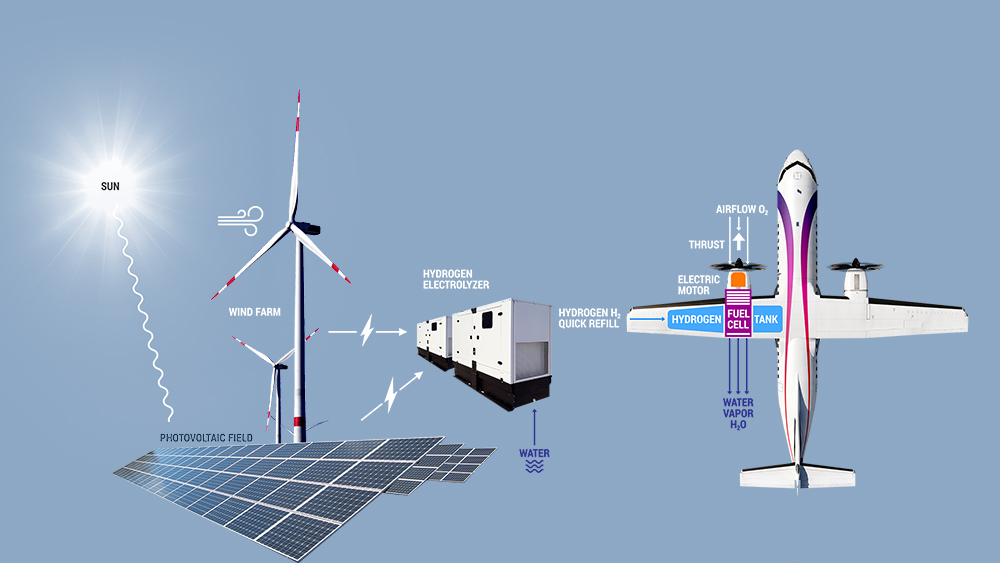 The engine itself is a rocket, which will ignite and burn as the aircraft takes off. However, once the plane reaches cruising speed (80-100 mph) the pilot will deactivate this function, allowing it to perform more like a conventional jet. The benefit of this is that the pilot can select between different types of propulsion depending on what’s needed at any particular time, making it easier and smoother to use.

Carbon dioxide emissions are reduced by the heat of combustion in the RLR. This is down to an appetite for oxygen, and an increased use of hydrogen fuel. The more efficient the engine is, the less harmful it is to its environment.

The hydrogen-powered technology works effectively in higher altitudes and extended flights, around 7,000 feet above sea level. At these speeds the engines are able to burn at around 80% efficiency. They also work well in turbulence, which reduces drag and makes flying more comfortable for passengers.

Hydrogen planes would aesthetically be similar to traditional planes. However, they would be much longer in size to accommodate the changes. Small aircrafts will use propellers with hydrogen-powered fuel cells, which provide electric propulsions to help turn the propellers. Whereas bigger planes would have to burn hydrogen to help power the jets. These changes will have significant added value to the industry as a whole.

Hydrogen power planes could be feasible as soon as 2035 to be used in commercial airline settings. However, reaching these goals would rely on numerous factors. First, the industry must consider hydrogen storage technologies. These technologies would need to be advanced enough to carry enough liquid hydrogen inside the plane’s theme to last the entire journey.

However, taking into account how the hydrogen gets transported to airports is also a significant factor to consider. A way of working with vast amounts of liquid hydrogen will need to be devised so that planes have the bailey to refuel on runways as they do currently.

Planes will also need to be redesigned to take into account the space that will be required for transforming them into greener machines, working out the necessary systems to put in place to seamlessly and safely integrate hydrogen engine engines to run commercial flights. We use technology every day in our smart devices that could help answer the challenges. If passengers are able to give personal metrics such as weight, the amount of hydrogen needed can be accounted for better, but more trial and research needs to be done.

In the coming years, the market for green and low energy will undoubtedly take over. Governments and countries around the world are working in partnership to help reduce the number of emissions. The covid-19 pandemic has indicated how much of an effect our daily lives are having on the planet. As planes came to a halt, pollution levels dropped.

Airbus currently has three concept planes which they believe could be ready for deployment by the year 2035. The first of their three planes is a turboprop propeller aircraft that has the capacity to carry 100 passengers 1,000 nautical miles.

The second is a turbofan which is a jet plane and can carry 200 passengers, which is capable of going twice as far as the first. The third plane is a futuristic-looking design and has a blended wing design. The design is thought to be able to carry more passengers over longer distances.

All three planes would be powered by a gas turbine that can burn liquid hydrogen as fuel as well as generate electricity through the use of hydrogen fuel cells. This is the future of aviation.

Previous Focus: H2 Powered trains on World Environment Day
Next The Topic of the day – The Hydrogen Economy