The inclusion of green hydrogen in Chile’s energy mix would completely overhaul the country’s power demand predictions by adding some 37,000GWh of new consumption in 2040.

A new report by energy sector regulator CNE, which presents a preliminary version of the agency’s yearly power demand forecast, shows the Chilean government expects the green hydrogen industry to draw power from the grid starting in 2023 with 199GWh. 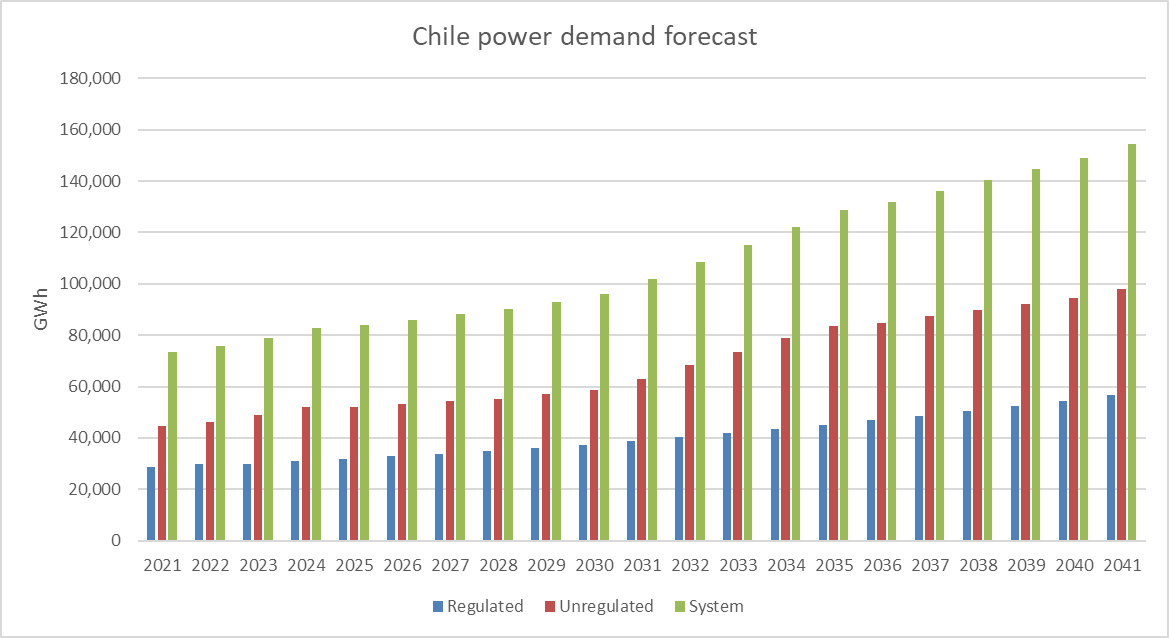 By the year 2040, 10 years before its goal to become carbon neutral that will require high penetration of clean fuels, hydrogen production is expected to supply some 37,400GWh of electric power, over 50% of the country’s entire current demand.

The inclusion of green hydrogen gives a huge boost to the demand forecast of Chile’s unregulated segment, which under a previous estimate not including the fuel, was expected to be 67,900GWh in 2040. Now, the segment is expected to consume 94,500GWh in that year, an increase of 40%.

The adjustment led CNE’s previous demand forecast to grow from 2.1% per year over the next two decades to 3.8%. The possibility of expanding Chile’s demand for green energy generation, spurring new renewables projects beyond the country’s traditional power demand limitations, has long excited the renewables industry. 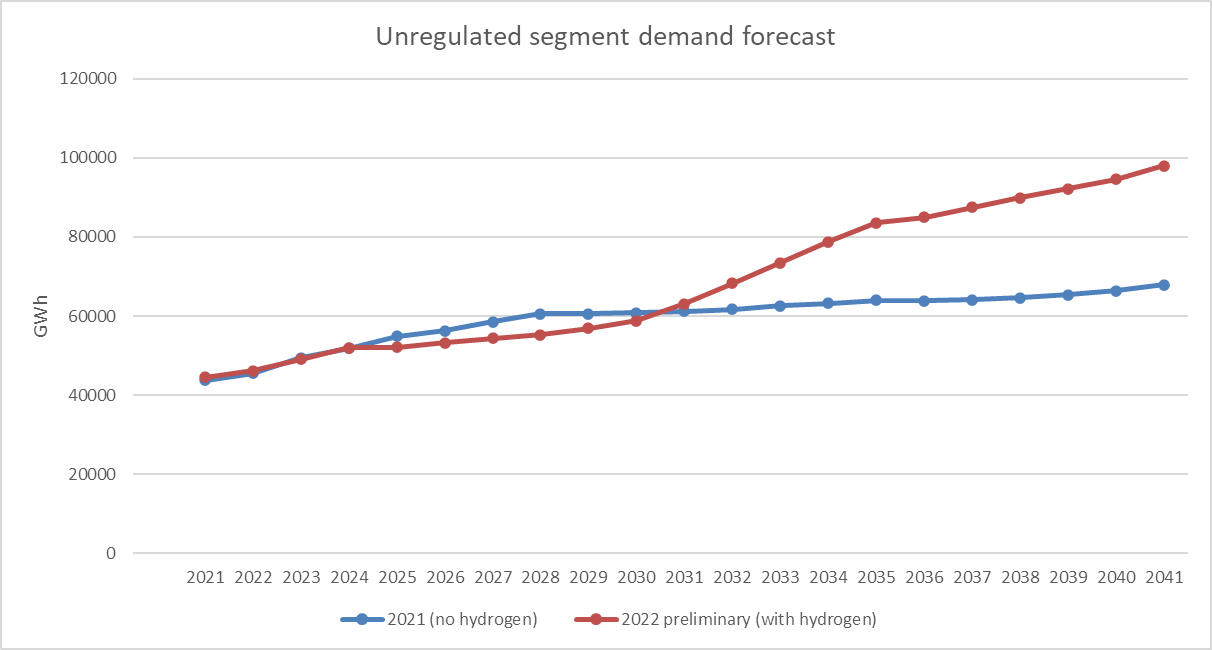 Demand for new renewables projects will spur the creation of units that can compensate for Chile’s 5GW of coal generation, which are expected to be retired fully by 2040 at the latest but are likely to be out of the system much earlier. The industry may also have the opportunity to create new renewable generation projects suitable for large-scale green hydrogen production.

Chile has several ongoing initiatives to spur the growth of green hydrogen, including a US$50mn financing round for private pilot projects just awarded by development agency Corfo and a new bill that would incentivize adoption of green hydrogen by natural gas pipeline owners to encourage its consumption. The country has also unveiled several large-scale projects in the study phase as it attempts to encourage international investors to get into the market early.

The country has also committed to covering 70% of non-electricity related energy needs with zero emission fuels, such as green hydrogen, by 2050.

In Germany, in Brandenburg, Lhyfe will couple its hydrogen production system to the 20 MW …