Green hydrogen may well be the power source of the future. If its use is still contested by detractors in some areas of transport, it would be objectively difficult to refute its potential for industry at large. The real question then is, and will be for some time, where do we get it from in quantities sufficient for current and future demands?

Put differently: 1) is there enough of it now? 2) can and will there be enough of it tomorrow? 3) how do we get it from current and future production sites to the places where it is required?

A compelling answer to this interrogation will condition the acceptance and endorsement of not just every political promotion strategy, but also the speed and depth of economic conversion.

Knowing that only the green variety can carry the acceptance needed to sustain a global conversion drive, how much green hydrogen will be required? In a study by Strategy& titled “The Dawn of Green Hydrogen – Maintaining the GCC’s Edge in a Decarbonised World”, the following needs an assessment :

Strategy& estimates that global demand for “green hydrogen,” produced with minimal carbon dioxide (CO2) emissions, could reach about 530 million tons (Mt) by 2050, displacing roughly 10.4 billion barrels of oil equivalent (around 37 percent of pre-pandemic global oil production). We estimate that the green hydrogen export market could be worth $300 billion yearly by 2050, creating 400,000 jobs globally in renewable energy and hydrogen production.

This is one of many such assessments. The overall gist of all them is: the needs do and will exceed the current production capacities by far. And the possible and plausible sites for large scale production will be geographically distant from many of the consumption sites.
Under these circumstances, the time has come for an all-encompassing projection exercise. We should determine, with maximum precision, how the global green hydrogen needs will evolve and which corresponding evolution of production capacities is required within which timeframe.

Based on this, transport and distribution strategies would need to be devised and a method of price-setting established. Intermediary solutions like auctioning of available green hydrogen and compensation of price differences with respect to less clean H2 will play a crucial role in increasing acceptance for the coming hydrogen economy by making clean H2 more available than it would be at pure rates and mechanisms.

All of this would need to fit into an accepted European policy.

At present, the countries of Europe present hydrogen strategies of their own and on their own. They may or may not fit into European endeavours, may or may not be compatible with the strategies of neighboring countries, rely on bilateral partnerships with countries in possession of production capacities. There is not yet, at the present time, a coherent approach across the EU that would allow a coherent apportioning, transport network and distribution system. This is an issue that needs to be addressed urgently.

The fascinating fact about a coming hydrogen economy is: there will be space in it for everyone. For every country, every producer, every industrial operator. No single production country will be able to flood the pipelines alone. The pipelines will not go to just one country. If a transition in energy towards hydrogen takes place, it will encompass the whole world. Closer to us, geography compels us to design a structured partnership between the European Union, the African continent and the Middle East.

If such a design is not rapidly put in place under the impulse of the EU, it must be
assumed that other global actors will assume that task within a relatively short period of time. This would be a historical mistake. The first veritable Africa-Europe partnership could and should indeed be a hydrogen partnership with Middle Eastern participation and implication.

Procuring hydrogen from Africa is currently on the agenda of many European countries. While the steps that have been taken towards realising bilateral partnerships may be numerous, on the multilateral scale, the continental one, there have been none. This must change.

The African continent is full of highly promising potential H2 production sites. From the shores of the Mediterranean to the deserts of Namibia and the Northern Cape province of South Africa, along the Atlantic façade of Morocco and Mauritania, the possibilities are endless. Some of them have been bundled together in the African Hydrogen Partnership, but that completely lacks the northwestern dimension. A lot of focus is currently on Morocco, but problems will arise at the moment when Western Saharan territory is intended to be used for H2.

In North Africa, the potential of southern Tunisia is hampered by the Libyan conflict, while Libya itself would be an H2 powerhouse if peace could be lastingly established and government and governance restored. H2 might even be a driver of peace and development in Libya.

The potential of Egypt, borders on that of the Middle East and political partnerships seem very possible across the bridge from the African to the Asian continent. On the Arab peninsula, from Saudi Arabia and Kuwait down to Oman and hopefully Yemen, H2 production would benefit from near-optimal climatic conditions.

If the potential of all of these countries were accurately assessed, a true H2 development agenda could be drawn up. On the producer side, it would be important for the African Union to drive this process in partnership with Europe and the Middle East. European industrial needs are huge, while the idea of an H2-powered African industrial development boom should appear appealing to all geographical and political actors on and around the continent. 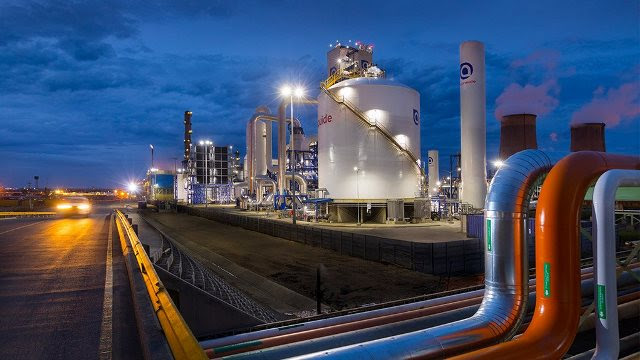 On the European side, as indicated above, the assessment would concern mainly the needs, on the basis of an industrial transformation agenda. This agenda would need to be pinned up on an ambitious timeline, incorporating industry’s funding and investment needs, and the design and implementation of corresponding funding instruments. Green investment funds are a reality across trading places in Europe – but industrial conversion funds would constitute a useful and attractive complement for all those investors who specifically intend to foster a true transformation of productive industry IN Europe.
It is all a matter of scale.

Industrial transformation will not come by all on its own if economic operators lack the financial resources and the planning certainty. Therefore, a Grand Design for a European H2 Economy should establish binding timelines, funding capacities, allocation mechanisms, as well as H2 import and distribution networks complementing the European capacities operational and planned. If it is not « global » and encompassing on the continental scale, it will fail – or eventually be organised by China, on its own terms.

On the African side, one should not only envision H2 production for exports, but equally the local economic potential. Transformative industries would see the light of day which have been unexisting before. The extraction business that has powered the budgets of many African countries for so long, but has never been used for industrial transformation processes and facilities on the African continent, would undergo a dramatic change, a change beneficial to African populations from the Mediterranean to the Cape.

The production of materials needed for African infrastructure could be envisaged on the continent, which would strengthen its clout in future international economic partnerships. If there is one evolution compatible and consistent with European interests in Africa, it is this one.

This proposal does not, in principle, contradict any existing endeavor, by whomsoever, to increase and make systematic and systemic production and use of green H2. It is a federation proposal. It is based on the following convictions:

– H2 in general and green H2, in particular, will continue to face competition and opposition for quite some time to come. Therefore, the fossil adversaries of H2 development and those political actors who do not see the immediate benefit of an H2 economy will have leeway to continue discrediting the H2 transition – much more so if there is no coherent plan for its design and implementation. Contrary to petrol many years ago, H2 will not impose itself on its own and by itself.

– The “Big Other” in global affairs, with all its presence and influence in Africa, will shortly implement an H2 revolution of its own. It is not yet possible to set a date on this, but we should expect a time window of less than a decade. If we do not want China to snatch the development and opportunity which H2 can bring to Europe and Africa and their own populations and economic operators, a grand design must be in place before China assumes a leadership role in the area which will become irreversible.

– The concept of an H2 economy will be globally appealing – but only as long and insofar as it can be explained and communicated as a global evolution with regional declensions. The European interest, as the geographical zone with the most ambitious decarbonization goals, is to drive its own conversion. This will dépend on sufficient production of green H2, which can not reasonably be envisioned on European soil alone.

– The EU-Africa partnership has so far been lacking drive and substance. H2 could fill that vacuum and constitute an encompassing concretization of this partnership – with huge benefits for the populations of both continents and in a spirit of true equality.

– The Middle East, and most notably the member countries of the GCC (Gulf Cooperation Council) have huge funding capabilities, are itself intent on overcoming dependence on oil revenue and maintain solid good relations with many countries in Africa which can become significant H2 producers. Rather than engaging in a competition with the GCC countries or endeavoring to turn themselves into main providers of H2, setting up a trilateral partnership with Africa and the GCC would allow for the maximization of exploration and production potential associated with sufficient funding.