Kamui Kobayashi says that Toyota’s hydrogen-powered car finishing last weekend’s Fuji 24 Hours is an achievement comparable to a “win in the old days” of endurance racing.

The Rookie Racing-run machine completed 358 laps, spending four hours in the pits to refuel and a similar amount of time to repair an electrical issue during the night.

While the car was not directly competing in any of Super Taikyu’s regular classes, it set a pace comparable to the petrol-powered machines in the championship’s lowest ST-5 class.

Kobayashi, who has six Le Mans 24 Hours starts to his name and delivered pole positions for Toyota in 2017, 2019 and 2020, compared the experience of simply trying to get the hydrogen car to the chequered flag to those of the early pioneers of endurance racing.

“Up until now, I’ve only competed in 24-hour races to win,” said the ex-Formula 1 racer. “This time we weren’t racing to win, but simply to get to the finish somehow, and there is a big difference. But this is just the starting point [for hydrogen technology in racing].

“In the old days, it must have been difficult to make a car go fast for 24 hours. I think that is why success in 24-hour races used to be about which cars were still running at the finish.

“Of course we had our share of troubles, but I think being able to take the chequered flag is like accomplishing something close to a win in the old days.” 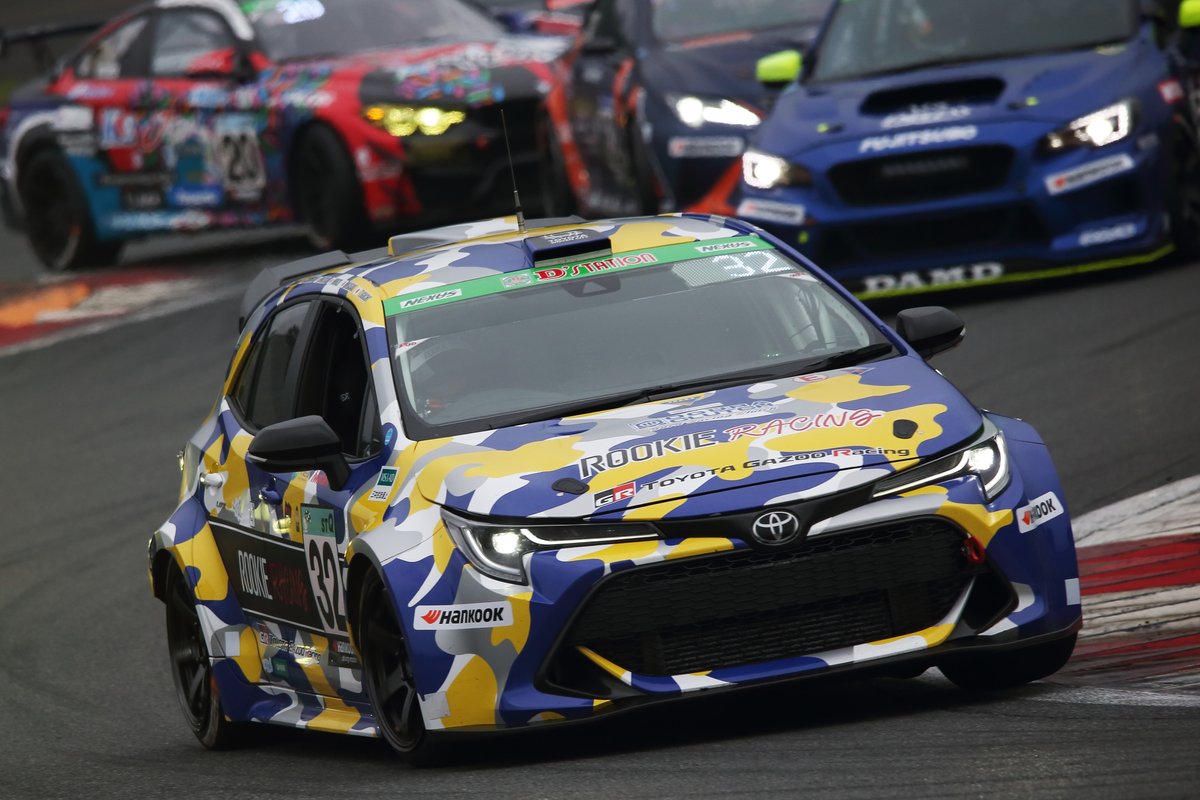 Toyota revealed that the Corolla Sport’s power unit, derived from the GR Yaris road car, weighed in at 200kg as a result of all the equipment needed to burn hydrogen safely.

Kobayashi admitted: “The car’s weight is one point that needs to be improved, and the technology needs to be developed further for it to be able to be used in motorsport generally.”

Toyota SUPER GT racer Hiroaki Ishiura was another of the six drivers sharing the Corolla, as was the manufacturer’s president Akio Toyoda, competing under his usual pseudonym of ‘Morizo’.

“It may have appeared like we were not competing against anyone, but actually we overtook many cars during the race,” said Ishiura. “We definitely were not the slowest car out there.

“It may not show in the results, but we are the first hydrogen-powered car to be able to race right out of the gate.”

Toyoda revealed that plans are afoot for the hydrogen-powered Corolla to contest the remaining three races of the Super Taikyu season at Autopolis (August 1), Suzuka (Sept. 19) and Okayama (Nov. 13-14).

However, he added the following caveat, referring to the two large trucks and series of tanks (pictured below) that needed to be set up in the paddock at Fuji to allow the car to be able to refuel.

“The hydrogen [refuelling] station requires a lot of space,” said Toyoda. “Fuji is the most spacious circuit, but I’d like to discuss where we could place the hydrogen station for the remaining three races of the season.”