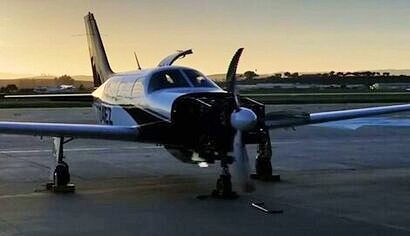 ZeroAvia will supplement on-site electrolysis hydrogen production, during the testing, certification and first commercial operations of its zero emission hydrogen-electric aircraft powertrain technology, with supply from Octopus Hydrogen. The HyFlyer II project is a UK Government-backed programme to develop a certifiable 600 kW hydrogen-electric fuel cell powertrain which will power a 19-seat aircraft with 500 nautical mile range.

Aviation is a key future use case for green hydrogen – as recognised in the UK Government’s Hydrogen Strategy. ZeroAvia and partners in HyFlyer projects have already developed the Hydrogen Airport Refueling Ecosystem (HARE) – inclusive of an on-site electrolyser. This system was used to power the breakthrough flight testing programme of a six-seat Piper Malibu aircraft as part of HyFlyer I and is in continued use as part of HyFlyer II. The company identified that for the larger programme, an additional ready supply of green hydrogen was necessary to supplement on-site production.

Octopus Hydrogen is a new company within the Octopus Energy Group, bringing to market a locally distributed ‘green hydrogen as a service’ proposition for heavy goods transportation, energy storage, industrial applications and aviation to accelerate those sectors’ transition to a clean and zero-carbon future.

“We started Octopus Hydrogen to deliver 100 per cent green hydrogen to those sectors that cannot be decarbonised through batteries alone” said William Rowe, Founder and CEO of Octopus Hydrogen.  “Aviation is a perfect use case for green hydrogen and we are delighted to be supporting ZeroAvia over the coming years with the supply of high pressure, pure and zero carbon hydrogen. Global aviation accounts for around 2 per cent of global human-induced CO2 emissions. So finding a way to maintain the benefits of flight without destroying our planet is a hugely exciting opportunity and critical for the UK to achieving Net Zero.”

Sergey Kiselev, VP Europe at ZeroAvia, added that in order to achieve a commercially available certified zero emission hydrogen-electric aircraft powertrain we need large amounts of 100 per cent green hydrogen and that ZeroAvia is pleased to work with a UK-leader in this field.

“Hydrogen-electric aviation is the only practical path to decarbonising flight at scale, as well as removing other harmful emissions from aviation that contribute to global warming” said Mr Kiselev.