By Saurabh Mohan SaxenaThe world currently emits more than 51 billion tonnes of greenhouse gases every year, of which more than 8 billion tonnes comes from the combustion of fossil fuels for transportation.

Carbon dioxide emissions are forecast to jump this year by the second biggest annual rise in history, as global economies pour stimulus cash into fossil fuels in the recovery from the Covid-19 induced recession.

The International Energy Agency has warned that the leap will be second only to the massive rebound 10 years ago after the financial crisis, and will put climate hopes out of reach unless governments act quickly.

As of early 2021, over 30 countries have released hydrogen roadmaps and governments worldwide have committed public funding in support of decarbonisation through hydrogen technologies. No less than 228 large-scale projects have been announced along the value chain, with 85% located in Europe, Asia, and Australia. These include large-scale industrial usage, transport applications, integrated hydrogen economy, infrastructure, and giga-scale production projects. If all announced projects come to fruition, total investments will reach more than USD 300 billion in spending through 2030.

CRISIL(S&P Global Company) MD & CEO, Ashu Suyash, says, “Covid-19 pandemic has amplified the call for embracing sustainability and made compelling case for corporates, lenders and policymakers the world over to consider environmental, social and governance (ESG) factors in their decision” 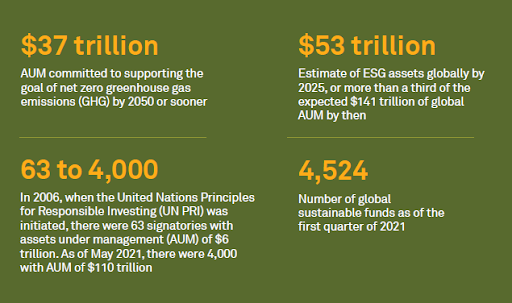 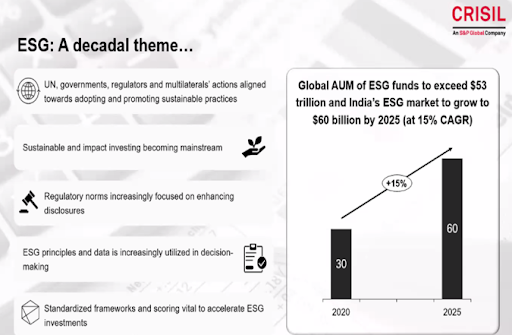 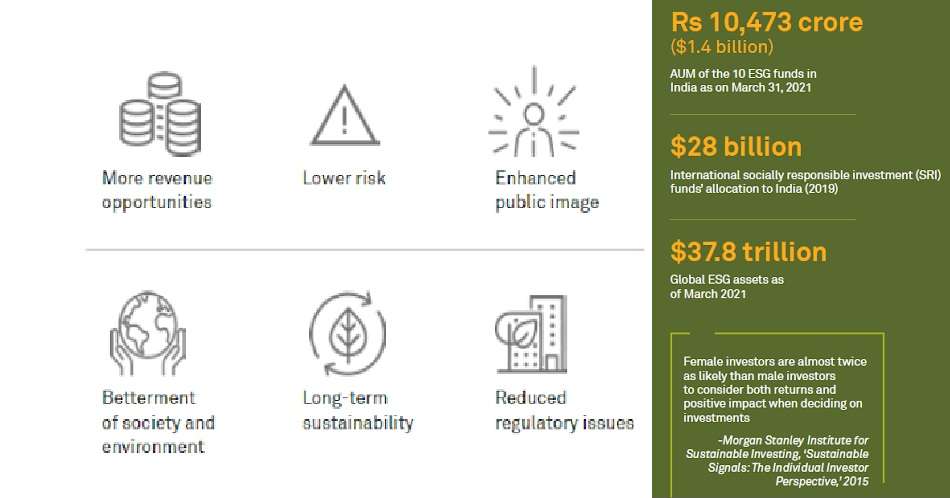 The Germany-based Fraunhofer Institute for Chemical Technology has announced that it is progressing with its research to reduce the cost of PEM water electrolysis.

Saudi Arabia is building a USD 5 billion plant powered entirely by sun and wind, turning a patch of desert the size of Belgium into a metropolis powered by renewable energy, making it the world’s biggest green hydrogen maker when it opens the planned megacity of Neom in 2025.

Speaking at the inaugural session of the conference held virtually and titled “Hydrogen Economy: New Delhi Dialogue – 2021,” petroleum and steel minister said that India would not only be pushing hydrogen in the transport sector, but would also expand its use to a range of sectors such as chemicals, iron and steel, heating and power.

“ The US and India will launch a hydrogen task force under the Strategic Energy Partnership,” the US Deputy Secretary of Energy announced at the inaugural edition of Hydrogen roundtable titled “Hydrogen Economy – New Delhi Dialogue – 2021”.

The UAE has also expressed keenness to work with the Indian public and private sectors to help develop the hydrogen market and support New Delhi’s growing demand for energy and need for cleaner fuels.

Meanwhile, Denmark Climate Minister Dan Jorgensen said that New Delhi and Copenhagen have entered into a far-reaching green strategic partnership that will enable the two countries to cooperate in promoting sustainable solutions.

The world’s first hydrogen-powered aircraft, powered by Cummins fuel cells, was unveiled at the Stuttgart Airport in Germany this past December, called the HY4.

The HY4 is a major step towards the adoption of environmentally friendly aviation because hydrogen can be sustainably made and stored using fuel cells. It’s the latest development in Cummins’ all-in commitment to creating a greener future powered by the world’s most abundant element.

Toyota Motor Europe has secured a contract to supply fuel cell modules for a train project as a member of the Fuel Cell Hybrid Power Pack for Rail Applications (FCH2RAIL) consortium with partners, including Belgium, Germany, Spain and Portugal.

Sasol Ltd., a top emitter of greenhouse gases in South Africa, plans to develop the use of green hydrogen by fuel cell vehicles on a major South African freight route as the company examines ways to lower its own emissions. Along with partner Toyota Motor Corp., it intends to develop a pilot project — using a key highway such as the N3 running between Durban and Johannesburg — for heavy-duty, long-haul vehicles powered by hydrogen

In 2021, Prime Minister Narendra Modi launched a National Hydrogen Mission for generating hydrogen from green power sources. Pilot projects with a total cost of INR 890 crores which will have centre’s support of INR 445 crores will include Decentralised production of green hydrogen, fuel cell buses in public transport, green hydrogen in steel industry and fuel cell-powered trains.

For infrastructure and supply chain a cost of INR 340 crores has been envisaged which will see INR170 crore as the Government of India’s support. Infrastructure for hydrogen will include refueling stations, hydrogen hubs, and hydrogen in existing gas supply networks.

Led by the domestic energy giant Reliance Industries, many global energy and industrial players have come together to form a new energy transition coalition, called the India H2 Alliance (IH2A), to help commercialise hydrogen technologies in their bid to build net-zero carbon energy pathways in the country.

The alliance will work together to build the hydrogen economy and supply chain and also help develop blue and green hydrogen production and storage apart from building hydrogen-use industrial clusters and transport use-cases with hydrogen-powered fuel cells, a statement from the alliance said.

“India has this opportunity to be a global champion in green hydrogen. If we are able to do this, we can export green hydrogen to Japan, to Korea and Australia,” Niti Aayog chief executive officer Amitabh Kant said.

Some companies, however, are trying to eliminate hydrogen storage altogether. Future technologies are being developed where hydrogen could be produced on-board, as per the demand of the vehicle. This would ensure the bridging of the technologies successfully and efficiently via advanced H2-ICE technologies. 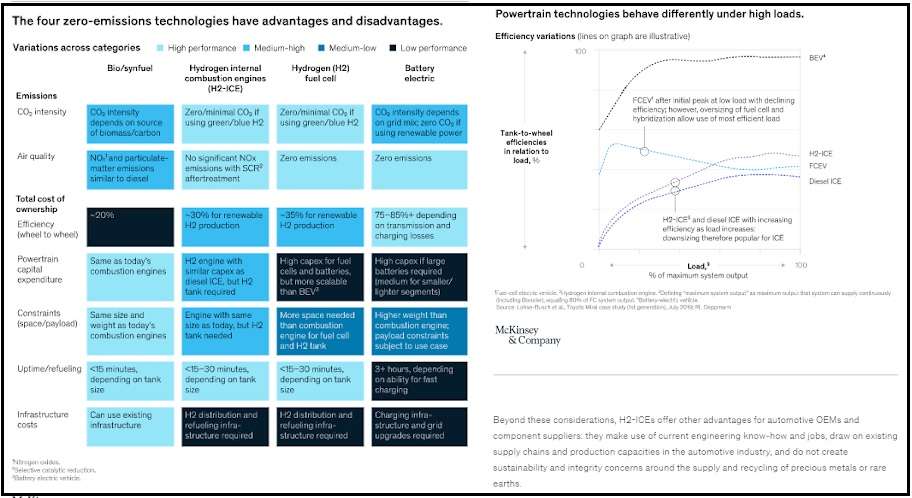 Batteries and hydrogen both require sacrifices on payload and/or space: batteries are heavy, and fuel cells and H2-ICEs require large tanks.