ZeroAvia Answers: ‘Can Hydrogen Fuel Cells Be Used In Planes?’

If you Google “Can hydrogen fuel cells be used in planes?” you’ll get back 18.4 million results, including lots of buzz about eco-friendly aviation start-up ZeroAvia. The four-year-old company, in fact, answers a resounding yes to that burning question. That’s because it has been successfully launching dozens of hydrogen-electric powered test flights from its research and development center at the U.K.’s Cotswold Airport.

By 2024, ZeroAvia says it plans to have its technology power the commercial aviation sector in its bid for a zero-emissions future. In October, the company reached a major milestone towards that goal by teaming up with ASL Airlines Ireland’s cargo operation. As a result of the partnership, ZeroAvia will produce hydrogen-electric engine conversions for the carrier’s ATR72 airplanes.

ZeroAvia and ASL will work together to develop the ZA2000 powertrain. This 2-5 megawatt (MW) replacement engine typically powers aircraft configured with 40 to 90 passenger seats. Each ASL ATR72 cargo-carrying aircraft will combine a hydrogen fuel cell with an electric motor powertrain.

The Science Behind the Futuristic Fuel Cell

ZeroAvia Founder and CEO Val Miftakhov says the company’s hydrogen-electric powertrain is far superior to the best batteries on the market.

“We chose to use a hydrogen-electric powertrain because we believe it is the only viable solution to bring about an electric revolution in aviation. It has four times more energy density than the best lithium-ion batteries today. Additionally, in battery-only aircraft designs, batteries have a limited life cycle due to charging and discharging events. This significantly increases the total cost of ownership of these aircraft,” he says.

In comparison, ZeroAvia designed its hydrogen fuel cell powertrain to provide more flight miles and extended operations times. In addition, the company expects its powertrain to decrease per-flight operations and maintenance costs by at least 40%.

Miftakhov believes that placing the company’s hydrogen fuel cell powertrain into existing aircraft is the most practical solution. This enables the aviation industry to achieve true zero-emission flight more quickly.

“Building a completely new aircraft and engines is always going to be more complicated and would take more time. By using existing airframes and swapping out the fossil fuel engine for a ZeroAvia powertrain, we can get to the first practical, commercial, zero-emission aircraft quicker,” Miftakhov explains. 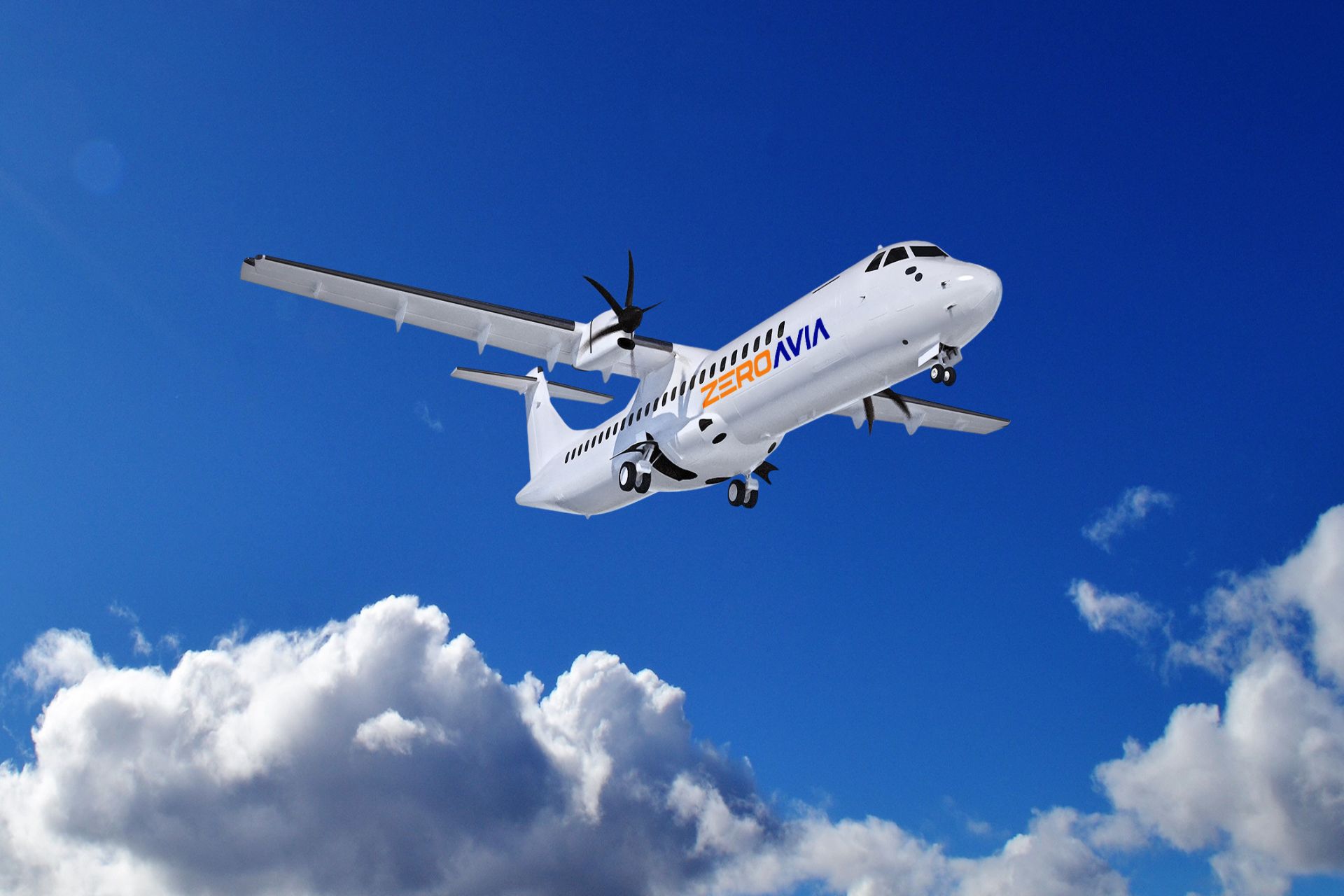 ZeroAvia: How It All Began

In November 2017, Miftakhov established ZeroAvia in hopes of developing an alternative powertrain for existing commercial aircraft.

Miftakhov’s technology-focused background prepared him well for his aviation business leadership role. Prior to founding the company, Miftakhov earned a master’s degree in physics from Moscow Institute of Physics and Technology. Next, he studied at Princeton University, where he earned his doctorate in physics. In addition, Miftakhov has twice won the Russian Nationwide Physics competition’s grand prize.

Val Miftakhov has also demonstrated notable professional achievements. While working in the electric vehicle industry, he established the eMotorWerks company. At that time, the company was the premier global platform for EV battery aggregation for grid services. In 2017, eMotorWerks’ market achievements made the company an attractive acquisition target.

Clearly, Val Miftakhov’s affinity for aviation influenced his decision to resolve an industry-wide problem. “I’ve always been passionate about aviation. It’s been my hobby for over a decade, and I hold licenses to pilot both airplanes and helicopters. After building eMotorWerks, a smart-grid EV charging company, and selling it to the international energy company Enel, I set out to tackle what I see as the next big problem in the electrification of commercial transportation — aviation,” he explains.

ZeroAvia plans to bring its hydrogen fuel cell powertrain to the commercial aviation marketplace by 2024. To that end, the company will conduct 500-mile flight demonstrations in aircraft with up to 20 passenger seats. The company projects a 50% cost savings for trips of this duration.

By 2026, ZeroAvia plans to fly more than 500 miles in aircraft containing up to 80 seats. During the next 10 years, the company plans to completely disrupt the commercial aviation propulsion market, creating demand for more than 100,000 units.

ZeroAvia’s Race to Save Mother Nature

As the International Council on Clean Transportation reports, commercial aviation’s CO2 emissions rose by 32% between 2013 and 2018. If this dramatic rate of increase continues, aviation may make up more than 25% of the global carbon budget by 2050. Experts expect collective aviation-related emissions to double by that same year.

“At the same time, the U.N. warns that human-sourced CO2 emissions must be reduced by 45% of 2010 levels by 2030. Therefore, we have only 10 years to make a significant change or face catastrophic environmental and economic consequences,” Miftakhov wrote in an article for Forbes. “Considering that aircraft can stay in service for 20 to 30 years, it’s obvious to me that our normal incremental improvements are not going to work. Instead, we should make some immediate and fundamental changes in how we power aviation. If the industry ignores this, it faces the risk of regulatory pressure or severe growth headwinds from cultural and social changes.”

“The aviation industry is one of the hardest industries to decarbonize; however, with this collaboration, we are one step closer to achieving our goal of making our skies emission-free,” – @valerun, CEO at ZeroAvia. Click the link to read the release.https://t.co/nbxQXruUnU pic.twitter.com/JkGmT7iFt4

Zooming Toward a Zero-Emission Future

The worldwide emissions crisis’ impact necessitates a global solution. Toward this goal, Amazon and Global Optimism created The Climate Pledge in 2019. This bold statement calls on companies and organizations to come together to effect targeted change.

Specifically, this landmark agreement’s goal is to achieve a net-zero carbon level by 2040, 10 years sooner than the Paris Agreement’s target. Each participating business or organization has committed to reaching this challenging milestone. More than 100 have signed The Climate Pledge.

The Climate Pledge’s signatories will become part of a global community that exchanges valuable knowledge and best practices. Each company or organization will receive an invitation to learning sessions on key topics of interest. Additionally, recognized climate experts will brief signees before notable events.

To demonstrate its commitment, British Airways has participated in ZeroAvia’s 2021 $24.3 million funding initiative. The international air carrier is the first commercial aviation company to formally declare its support.

British Airways’ CEO Sean Doyle says the company’s focus is on adopting hydrogen-sourced technology to power its shorter flights. “Innovative zero-emissions technology is advancing fast, and we support the development of hydrogen as an alternative fuel source because we believe it has the potential to enable us to reach true zero emissions on short-haul routes by 2050,” he says.

Premier aircraft manufacturer Airbus believes that powering its aircraft with hydrogen technology is an increasingly viable option. To that end, Airbus intends to build its own line of hydrogen-powered airplanes.

The company’s design engineers currently have three concepts under consideration. Besides a standard commercial aircraft design, it is also evaluating a turboprop model. A third model integrates the wing into the jet’s fuselage. All three designs will utilize hydrogen in refitted gas turbine engines. Hydrogen fuel cells will provide electricity.

Short-range and medium-range aircraft will begin rolling off of the Airbus assembly line by 2035, and larger models will follow. Hydrogen-powered airplanes with more than 150 seats will likely not be widely available until 2050.

How ZeroAvia’s HyFlyer I Project Made History

ZeroAvia moved the test plane from California to Cranfield, England, in 2019. The move followed the U.K. government’s awarding of a grant to develop zero-emission, sustainable aviation alternatives.

ZeroAvia’s hydrogen fuel cell aircraft will require consistent fuel delivery at strategically located airports. To that end, the company has ordered the construction of hydrogen fueling facilities at England’s Cranfield Airport. Scotland’s Orkney Islands, the embarkation point for ZeroAvia’s planned 250-300 mile flight, will be the site of a second hydrogen fuel depot.

Reflecting on ZeroAvia’s first successful test flight, Miftakhov recognizes the achievement’s importance. “Today’s flight is the latest in a series of milestones that moves the possibility of zero-emission flight closer to reality,” he remarks. “We all want the aviation industry to come back after the pandemic on a firm footing to be able to move to a net-zero future, with a green recovery. That will not be possible without realistic, commercial options for zero-emission flight, something we will bring to market as early as 2024.”

On to ZeroAvia’s HyFlyer II

The U.K. government funds will help ZeroAvia bring a 19-seat hydrogen-electric aircraft to market by 2023. The company will develop the airplane’s twin 600kW powertrains in collaboration with EMEC and Aeristech.

The compressed hydrogen will provide fuel for the aircraft’s projected 500-mile flights set for 2024. By 2030, the company plans to deliver hydrogen-electric powertrains that can accommodate 100 passengers and enable trips of over 1,000 miles.

ZeroAvia will manage the aircraft’s hardware, software, and mechanical integrations. The company will also ensure that the fuel cell’s balance of plant enables certification. To ensure accuracy in all project phases, aviation, automotive, and fuel technology experts are providing expertise to the company’s engineers and technicians.

For perspective, 19-seat airplanes serve dual purposes in many global, regional markets. Each airplane can accommodate up to 19 passengers, or a company can choose to reconfigure it and use it as a cargo carrier. The Viking Air DHC-6 Twin Otter and the Cessna 208 Caravan are both highly successful examples of this aircraft class. ZeroAvia’s hydrogen-electric powertrain is compatible with all aircraft types in this size range. 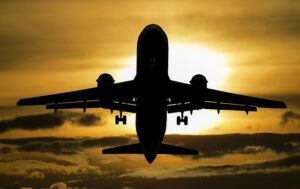 Since ZeroAvia’s 2017 inception, the company has raised more than $53 million from major investors. The company has also received financial support from the U.K. government. Collectively, the business has obtained a total of $74 million of funding since its 2017 launch.

This corporate venture capital funding vehicle invests in businesses in an effort to speed up Amazon’s timeline for meeting The Climate Pledge. The fund currently focuses on energy generation and utilization, renewable energy technology, and transportation companies.

ZeroAvia has received two rounds of U.K. government funding to date. The company’s December 2020 ATI Programme award will fund the development of a 19-seat hydrogen-driven aircraft.

The company has also received a grant from the U.K. Department for Transport’s Zero Emission Flight Infrastructure (ZEFI) program. The grant money will fund the development of concepts for airport-based liquid hydrogen refueling facilities.

Two decades ago, had someone asked farsighted advocates for decarbonizing the economy when they would …